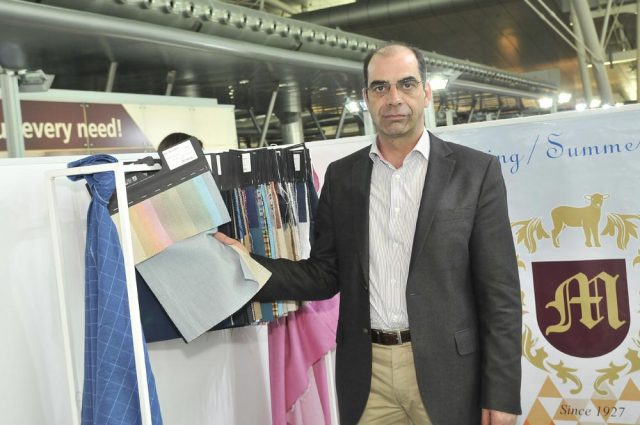 Northern Europe was Albano Morgado’s first destination when, in the 90’s, the company decided to embark on the internationalization, and the region still remains as the main receptacle of the fabrics produced in the looms of company, based in Castanheira de Pera. But the evolution of the market is leading the almost nonagenarian company – it celebrates 90 years in 2017 – to discover new routes.

«Markets that were important to Albano Morgado in the past have proved to be difficult, because of internal and political contingencies, which is the case in Russia and Turkey. So we are focusing mainly in Japan and the US, but with the awareness that in all markets, and these are no exception, it is necessary a long journey that we are just beginning», revealed Albano José Morgado, in an article published in Jornal Têxtil’s March issue.

The administrator – who is proudly the third generation leading the company’s destiny – believes strongly in Japan’s potential. «Albano Morgado has an advantage, which is to be vertical and control the entire production process, from wool to the fabric. We do the spinning, weaving, finishing and dyeing and, therefore, we have a total control of production. In addition to the quality advantage, we have the rigor in meeting delivery deadlines and flexibility and even in terms of offer», he highlighted. The US, he believes, «might be easier in terms of growth and in terms of volume».

Two contrasting markets – geographically and culturally – but that the company can serve equally well. «We have the traditional but we also have the fashion product, sportswear, for women and men. And what we do not have, we have to adapt. I often say: everything that we can weave, we weave», said the administrator.

As a proof of this, the company, which employs 80 people and in 2015 had its best year, with a turnover of 4.8 million euros (+ 6%), is constantly introducing new features, including in the new collection linen/silk and cotton/silk blends. «It was the first time we presented fabrics with a significant component of silk», said Albano José Morgado.