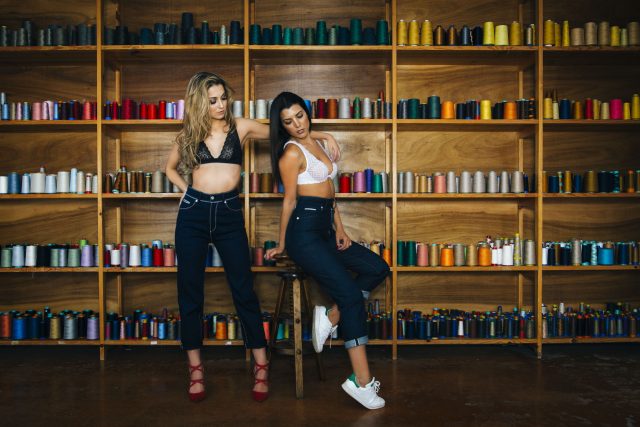 Aly John’s “once upon a time”, as told by Gabriela Ribeiro, the brand’s digital marketer, to Portugal Têxtil, says the following: in the middle of 1986, the young “Aly” – which got his nickname from friends, in honour to boxer Muhammad Ali – felt the need to create a pair of jeans that were just his own, to distinguish himself from friends at a party. Therefore, he decided to ask for help to two tailors, his uncles, and a night that for many would be just fun, was the beginning of a dream, a dream to make jeans, for this young man.

The following years were spent searching for knowledge. He worked with the best dressmakers and tailors, touched the finest fabrics, learned the best techniques and travelled the world.

Years have gone by and today Aly has descendants and it was João (“John”) Gomes, the youngest child, who turned out to boost the old ambition of his father. Thus was born Aly John, «two names that together eventually have designated the coveted desire», explains Gabriela Ribeiro.

The same way the history of denim brand has gone from generation to generation, «we want our pieces to do the same», continues the digital marketeer, who integrates Aly John’s current workforce of six people, stressing that «in our favour, we will always have the popularity of the fabric and the fact that denim is always fashionable».

Brand’s «young and creative» team, which «daily consumes high doses of all that is fashion and trendy» works with a «stylish and independent modern woman» in mind, those who «have trouble finding a good pair of jeans, whether for the quality or the fitting». «All women who have tried Aly John’s jeans have surrendered, fit is, modesty aside, really fantastic», says Gabriela Ribeiro, who said that the most popular style is Valentina «the iconic mom jeans of the 70’s».

Although jeans are the main focus of Aly John, the brand also offers jackets, skirts, shirts, overalls and a long coat in indigo linen, «which is a complement the other pieces of clothing». For now, there are 25 products available with online sales and a reduced stock. «In fact, we can almost say that each item is made to order», reveals the digital marketeer.  «However, we have stipulated, for example, that we’ll only make 50 copies of a jacket and a skirt – which has not been yet officially launched – because they are items that take a long time to be made and we want them to be really exclusive», she adds.

The average price of each garment is around 300 euros and they are all «completely or partially hand finished» with the support of a company based in Guimarães that works in the textile sector for more than 30 years. «They are experts in denim and undoubtedly a great help for Aly John», considers Gabriela Ribeiro. At Aly John, «all items are special/ customized, because each model contains an embroidered phrase dedicated to woman and a label which the buyer can customize and write a message if, for instance, he or she wants to give the item», says the digital marketeer to Portugal Têxtil.

In a time characterized by denim’s customization, Aly John aims «to optimize the online platform – in the medium/long term – to offer a much more personalized service. Then, we will be able to say that we will provide a customization much more oriented to the taste of each person», she indicates. «We want happy women», concludes Gabriela Ribeiro.