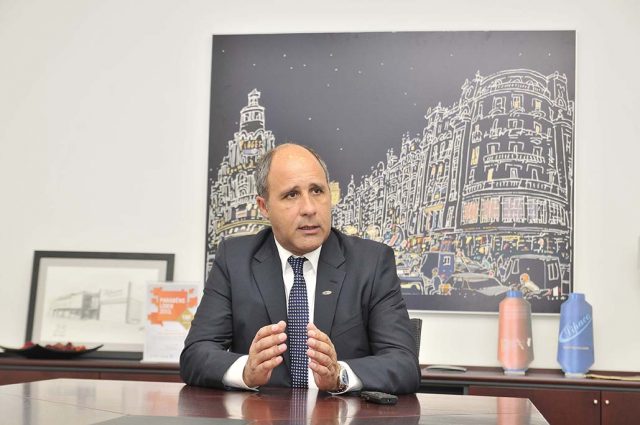 A little over a year ago, back in December 2014, Lipaco has opened its dyeing unit, an investment of 1.5 million euros that, in 2015, already bore fruits. «I can say that, since we installed the dye house, we have grown 35%», unveils the CEO Jorge Pereira to Jornal Têxtil, in an article published in February’s issue. About 60% of the dyeing unit’s capacity is nowadays dedicated to its own production, with the 40% left being devoted to services for third parties.

The success of the new business area even justifies a new investment project to increase the capacity ant to reinforce the capabilities of the two support laboratories so it might contribute to one of the great goals established for the company. «What we have planned was to double our turnover in the next two to three years and everything points to we will be able to do that. I don’t know if in two or if in three years. Everything depends on several factors and we are increasingly directing ourselves to other kind of markets, another kind of products, other than the internal market, where we are also growing and that is helping us expanding», explains Jorge Pereira.

Europe, especially England and Germany, are nowadays the main destinations of the threads and yarns of Lipaco, which exports 30% of its productions, though the company is making also regular advances in other continents, especially in Latin America. «We still have a foot there and a foot here, as I usually say. It’s a market that it’s not completely mature for suppliers of raw materials like us, because it still has it eyes set in China, in price, it’s not sufficiently mature to understand what Europe already started to realise: it’s better to buy European product, which has another kid of quality, the commitment is different. But Central and South America market still is very interesting», says the CEO.

An expansion project that became more dynamic thanks to the investments in the production area. «We have moved to control the processes, which was the most complex. That allowed us to make new finishes, to meet deadlines, which also was complex because we were dependent on third parties. It is a reflection of what we have invested – it starts to have a return and allowing us to accept orders that, up to now, we were not able to, even because of the dimension», says Jorge Pereira to Jornal Têxtil.

The increase is being felt not only regarding the turnover, which in 2015 has exceeded 2 million euros, but also regarding the number of people it employs, who doubled to 40. A number that, according to the administrator, «should grow», as well as business. «If we keep the same percentage of growing, we are on the right track», he concludes.