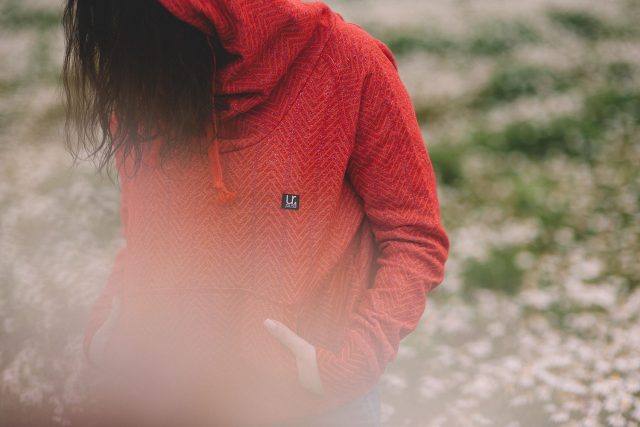 Despite the name, which according to the Portuguese dictionary means, in colloquial language, someone who is “irritated or angry”, the brand’s items celebrate the relaxation and comfort in sweatshirts and T-shirts with a sporty hint and mostly hooded. «We came up with Piursa “angrier than a bear”, because it is an expression that my mother always used when she was upset about something! We felt it was a name that conveyed vigour and personality and it was also easy to pronounce, even in other languages», explains Catarina Branco to Portugal Têxtil.

The brand’s proposals, directed at men and women between 18 and 45 years «who seek and appreciate different and unique items on day-to-day», are inspired by urban subcultures – including the lifestyle and the sports practiced by each one of the “tribes” who live in the cities – but also by photography, art and music, in a bet that combines exclusive designs and quality materials. «Custom fabrics with all over prints and handmade knits are an important part of all our collections», emphasizes Catarina Branco, who also points out that «items are produced in small quantities and limited editions», with a concept of mini-collections, released every three months.

The production – the only thing outsourced – is performed in clothing manufacturers in the North of Portugal, but sales are already made in markets other that the national. Through Facebook, until they open the online store, which, ensures the co-founder, is «a priority», Piursa makes shipments, among its about 25 monthly orders, for consumers with an address in England, Germany and the Czech Republic. The brand is also for sale at the online store Minty and physical shops, including its studio and the stores Burgundy and Secret Surf Shop, all in Aveiro.

In the first half of 2016, the brand «increased its production and sales followed that» – in percentage, Catarina Branco noticed a 50% growth. A Piursa sweatshirt can cost between 75 euros to 90 euros, «depending on the model» and the T-shirts vary between 30 euros and 35 euros. There are also dresses costing 55 euros or bobble hats costing 30 euros.