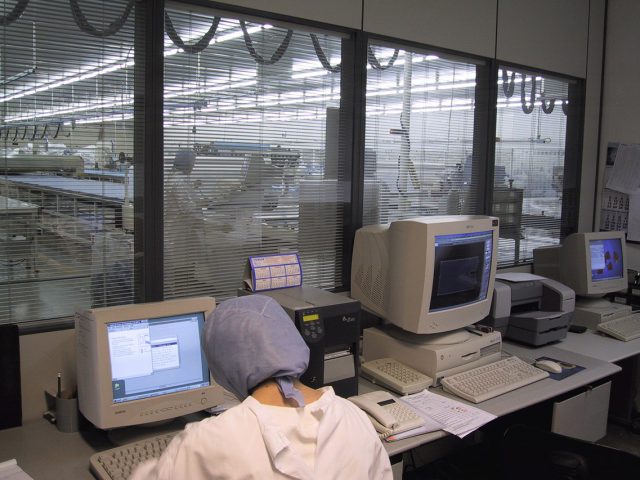 The Portuguese company manufactures surgery sets and, as revealed by its founder Orlando Lopes da Cunha, in a report on Jornal Têxtil’s January issue, it’s researching all the time for new processes and products to earn the trust of professionals and hospital centres.

In the past, it was the introduction of “seams” made with ultrasounds that revolutionized the manufacture of surgical gowns. Two patents later, Fapomed is looking for another innovation. «We are nowadays working with Minho University to see if we are able to have a third patent on suits for sterile environments – a clean room, in which there is an interior overpressure, where air only comes in after pass through very high graded filters, which might give a 99.99% protection», explained Orlando Lopes da Cunha in the workshop “Fibre Materials in Health”, organized by the platform Fibrenamics, of Minho University, back in December 16th.

The company has three manufacturing sites – in Felgueiras, in Baião and in Ukraine – and it exports 90% of its production, mainly to Central Europe. That is one of the reasons, besides the lower salaries, for the fixation, in 2010, of the company in a region near Kiev. «Most of our production is sold in Central Europe, so, since our company is relatively near of the border with Poland, the logistic is simpler, it’s cheaper than sending from here [Portugal] and its faster», noted Fapomed’s founder.

However, there are differences between the products made by the company’s 550 employees divided between Ukraine and Portugal. «In Ukraine, we exclusive make surgical gowns, because that was the core business when we started in 1986. In Portugal we produce the smaller series but that demand a greater control in all areas, including sterilization but also biocompatibility, etc.», he revealed. The multidisciplinary character of the teams is, therefore, mandatory for the company. «We have a diversified range of people working with us, from biologic engineers to biologists and nurses», he added.

2014, unveiled Orlando Lopes da Cunha to Jornal Têxtil, «was the best year of the 21st century for us» and, without the final consolidated results, the turnover for 2015 is probably similar, around 20 million euros. But the socio-political situation in Portugal is generating some concerns, especially regarding the rising of minimum wage. «We already have clients very concerned, questioning whether it’s better to find a second supplier as an alternative», admitted the company’s founder. A problem that must be overcome and that might start, according to Orlando Lopes da Cunha, with the appreciation of the Portuguese themselves. «It helps in business that we convince ourselves that we are very good in what we do», he summed up.