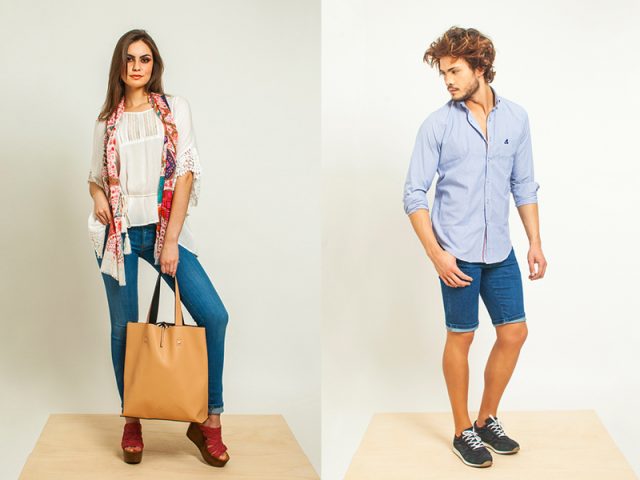 Born in 1987, initially with the name Semáforo, SMF has been focusing on the diversification of its sales channels. Within doors there are eight stores and five resale warehouses and across national borders, the brand has five agents/distributors. In total, «SMF has 400 regular retail customers in Portugal and 150 abroad», says, to Portugal Têxtil, João Ramos, sales director of the brand, which that started its internationalization in 2011.

Even though in the first half, Portugal, the main market of the brand, has stalled, «sales have grown in the foreign markets», with a special participation of the United Kingdom, Ireland and Spain. To that has contributed the presence at trade shows, a marketing investment that, in 2016, has already took SMF to Panorama, in Berlin, and also has flights scheduled to Pure London, Who’s Next, in Paris, and Momad Metrópolis, in Madrid.

With a staff of 45 people working two collections a year, SMF still has in ready-to-wear its driving force, with the production of new styles every week. With men and women with an urban/sophisticated spirit as target, SMF is bohemian this summer. And the hippie chic clothing, i.e. «dresses and tunics with ethnic prints», are the products with best performance in sales.

These and other proposals of the brand can be found, since April, in SMF’s new physical store, in Baixa da Banheira, in Moita. A space with «400m2, many pieces of clothing, footwear, bags, belts, scarves and jewellery», lists João Ramos.

Besides this recent investment, there’s also the desire to open a space in Lisbon’s heart, something that is part of the brand’s plans for some time, says the sales director, to make known SMF to the most inattentive national consumers.

As an alternative to physical stores, the brand also offers sales with a click, with an online website for end customers and resellers that, in this time of promotional sales, sees an enormous sales «jump» for the first ones. However, since the priority is to «satisfy the retail client», SMF cannot «compete with them, doing a lot of promotions», explains João Ramos.

The sales director also reveals that the main purpose of the online is «to increase brand awareness» and serve as a «digital storefront» for all customers, making easier the purchases from retail customers who are «more distant» of SMF’s warehouses. Regarding digital purchases, the Portuguese market also has the lead role, but there are also orders coming from Spain and the United Kingdom.

With 2015 closed at 3.5 million euros, João Ramos said to Portugal Têxtil that in the near future the brand strategy will go through betting on the opening of own stores and then the internationalization within European borders, so that the brand can extend its action radius from the inside out. «First we have to have more SMF own stores, so that it becomes attractive to investors. And we also realize that first we have to grow in Europe before venturing in for more distant countries», defends the sales director, stressing that, for now, the international assault involves getting agents/distributors in Germany.

Making friends around the world