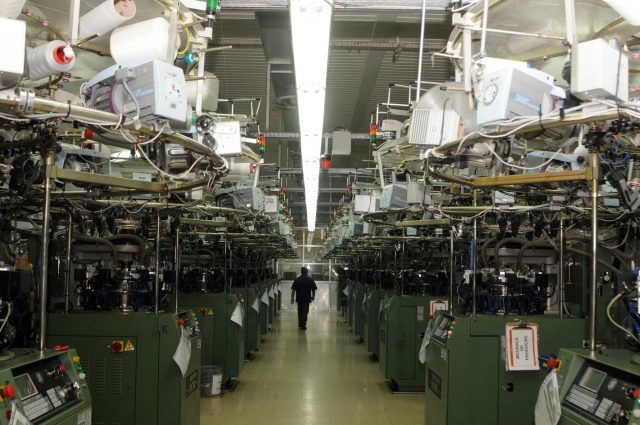 «We are working on the athleisure concept», confirmed Pedro Silva, administrator of Sonicarla Europa, to Jornal Têxtil, in an article published in March’s issue. It is in this chapter that the company, based in Mogege, with 142 employees, has developed new products that combine different materials and pay a greater attention to fashion, including in its mix of articles, for example, proposals with reversible seamless, with pieces that can be used on both sides, leaving behind the traditional idea of “inside out”.

Similarly, Sonicarla Europa has launched the Athleisure Ecologic, developed with technical structures designed for winter, in combination with antibacterial properties, biodegradable, breathability, thermoregulation and the lightness of bamboo fibre.

The diversification for this athleisure segment allows «to get to various types of customers», explained the commercial director, Sabrina Carvalho, without, however, leaving aside the goods for “pure and hard” sport. Proof of this is the new compression article, developed specifically for the practice of demanding sports, «with different functional structures, all built in the same product», said the administrator. The article – which combines technical polyamide, polypropylene and elastane and was selected for the InovaTêxtil 2016 prize, under the participation in Innovative Products Showcase in ITechStyle Innovation Business Forum, organized by Citeve in the latest edition of Modtissimo – allows to reduce muscle vibration and the load on the cardiovascular system and to improve the flow of oxygen and nutrients, promoting the reduction of fatigue and a better performance for the athlete.

However, believes Pedro Silva, «the innovation concept should not be limited To the product, that it is very limited. A company has to innovate in several areas: in product, obviously, but also in processes, in the relations with partners, whether upstream – suppliers –, whether downstream – customers». Therefore, Sonicarla Europa is trying to advance in that way. «The watchword at this time, and for the future, is differentiation. We have to distinguish ourselves through innovation», stated the administrator. A policy that, he acknowledged, «has brought an increase in sales, also because we are significantly improving our business, particularly in terms of service».

Last year was the fourth consecutive year of growing in the company, despite the decrease in the number of pieces sold. «Every year we are working with more complex items, more technical», he justified, adding that «in terms of value we have been growing». In 2015, the turnover exceeded the 5.8 million euros recorded in 2014. «The growth was inferior – it is difficult to continue to grow at the pace we were growing for the fourth consecutive year. But we have continued to grow», he said.

2016 should be no different, especially in the US, one of Sonicarla Europa’s major markets. «In addition to the North American customers, who are increasing, we will also grow with at least two European customers who are going to establish themselves in the US», revealed Pedro Silva.

The subsidiary in another continent, however, will be on stand-by for a while. «It is still in our projects but at this point, we need some more stability, including socially, to advance in that direction», explained the administrator to Jornal Têxtil.

Making friends around the world