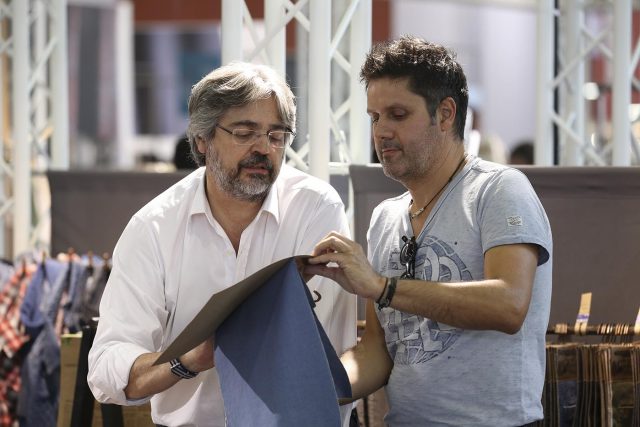 Since its beginning, quality was in the core of Troficolor’s preoccupations. The familiar company, that currently has clients from Zara to Max Mara, has a rigorous quality control, ensures the administrator Carlos Serra, accompanying from close the production process of its denim fabric collections and recurring to institutions such as Citeve and other partners for quality tests. Now, it is investing in its own laboratory.

«Quality is an area that, in the last couple of years, is under a special attention from us, either upstream, in the manufacturing units itself, either downstream, internally. We have created a department, with an internal laboratory, that we are now just finishing its assembly. We already make tests for a long time, but some of the more basic tests we want to make them internally, so we are not dependent», explains Carlos Serra, in January’s issue of Jornal Têxtil.

The company, which celebrates 60 years of activity in 2016, produces its collections all over the world. «We define which products we want in the collection and we make those products, a little just like Apple. We produce in several countries: China, India, Turkey…», unveils the administrator, who demystifies the idea that Chinese companies do not have quality. «They have a fabulous production capacity – they are going to swallow the whole world. I have no doubts. In terms of technical capacity and machines, they are very well prepared», he assures, after visiting manufacturing units in the country.

Besides being a supplier, the so called Middle Empire is also a market for the company, with Troficolor selling mainly to Chinese brands who are looking for a different product, with special finishes. «We try to serve the market with things that it might not have so easily», justifies Carlos Serra.

Italy, Germany, Spain, France, England and, increasingly, Japan are, nonetheless, the main markets of Troficolor, which, infused with a globetrotter spirit, is also expanding in the US. «Japan, China and the US are markets that require some patience», highlights, however, the administrator.

With clients all over the world, the company – that has an export share of 90% (30% directly and 60% indirectly) – has also decided to make a closer accompaniment, particularly in the European markets. «We have hired a person to follow-up the agents in the field, to regularly pay visits to the clients and so we are not excessively dependent of the agent», says Carlos Serra to Jornal Têxtil, adding that the main goal of Troficolor, which has had a turnover around 5 million euros in 2014, is nowadays «to consolidate the markets we already have».